In the past few years, the hwa rang do system has stayed out of the spotlight. But that dormancy has come to pass, and hwa rang do is coming out of its cave like a hungry tiger with an appetite for conquest. At the forefront of that charge is Taejoon “Henry” Lee, the elder son of hwa rang do’s founder, Dr. Joo Bang Lee.
Taejoon Lee is one of the most colorful figures of Korean martial arts, and his insights into the system founded by his father are no less exciting than the man himself.

“Hwa rang do is a compilation of my fathers martial expertise that came on the scene in the 1960s in Korea,” explains Lee. “Many people look at some of the techniques that Korean martial arts are known for, and they credit them to styles like taekwondo and hapkido, but the reality is that many of those techniques showed up in other systems after my father started teaching publicly in Seoul. From Seoul, the instructors that trained under my father spread out to influence other systems and schools.” 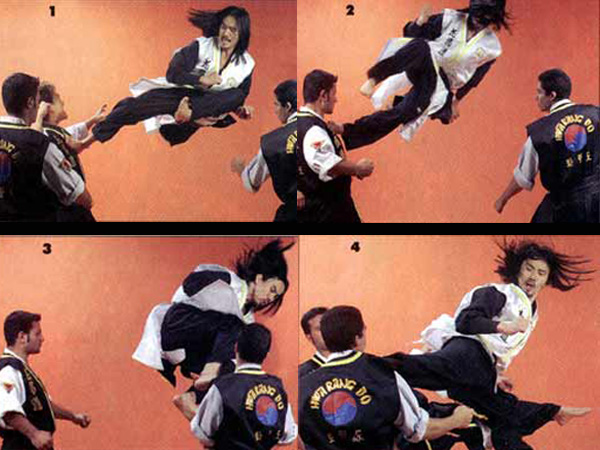 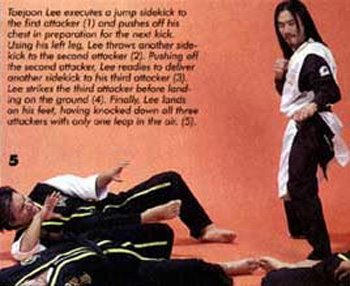 “If people just talked to anyone who trained with my father back in the 1950s and 1960s, they’ll know that hwa rang do practitioners were doing some of the 540 and 720 spin and combination kicks that some tournament forms competitors started doing only in recent years,” says Lee. “When I was a little kid back in Korea, there used to be footprints on the ceiling of my fathers Dojang (martial arts school) from the jumping dora chagi (spinning kicks) that his students used to practice.”

Careful consideration is required before “jumping” into this kind of training. According to Taejoon Lee, “people have to realize that this kind of training isn’t for everyone. The Hwarang warriors were the elite soldiers in ancient Korea, so they trained and developed skills that nobody else could do. Part of the reason that these Hwarang warriors were so feared is that during the time when Silla people fighting to unite Korea, their Hwarang knights would leap into the air and kick the mounted enemy soldiers off their horses. One of the most famous warriors in Korean history was named Kwan Chang. During the war with the Baekche tribe, Kwan Change leapt into the air and killed a mounted Baekche cavalry commander with a kick!” 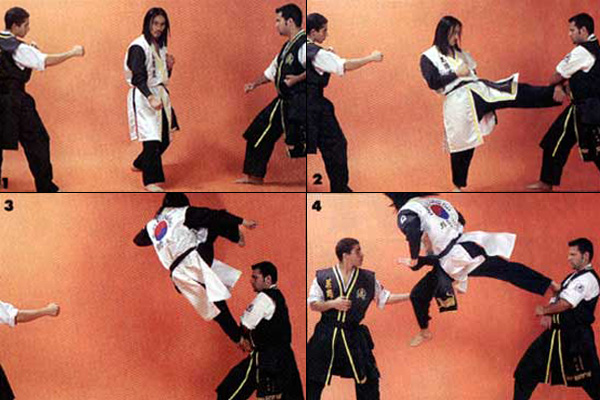 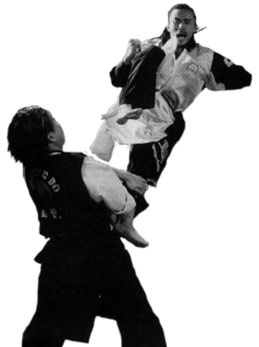